Food Affects Your Mood: 7 Foods That Can Help Chase Away the Blues 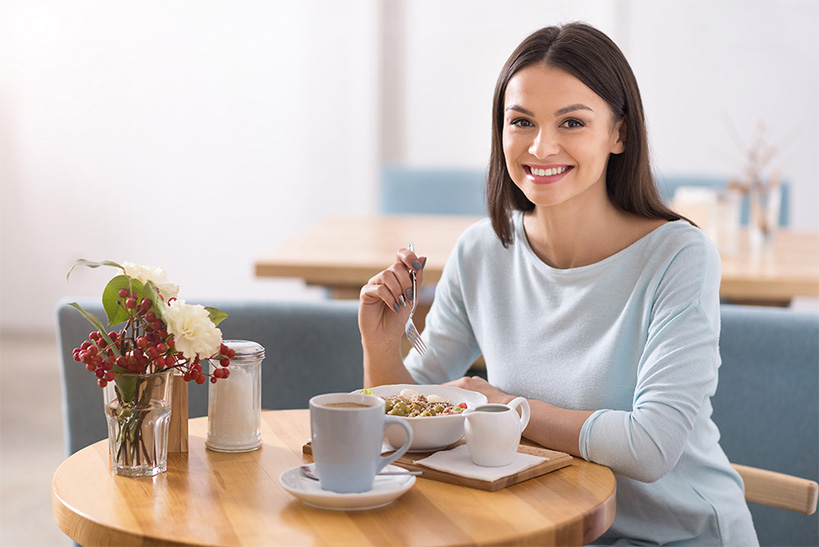 Whenever someone uses the phrase “food for thought,” we automatically comprehend the context in a metaphorical sense. But what if it were meant literally? Can what we eat impact what we think and how we feel? Based on current research, the answer is a resounding yes and it gives a whole new meaning to the demonized concept of “comfort food.” Here are some examples of Mood Boosting Foods!

Obviously. Our body produces a chemical called adenosine which blocks other chemicals — specifically energy-boosting brain chemicals. Caffeine temporarily disables adenosine so, you drink a cup of coffee and boom: your concentration, your reaction time, and your general sense of alertness get a turbo charge. If you overdo it and experience insomnia, foods high in copper can help that, too. These include baked potatoes, chicken, bananas, and avocados.

Obviously, again. You take a bite of sweet deliciousness and your brain gets busy releasing endorphins and boosting serotonin levels. You won’t say no to one of these super mood boosting foods, but the trick here, as with coffee, is to learn how to practice moderation. The sugar alone in dark chocolate has the potential to be a long-term mood enemy.

They’ve discovered yet another reason to covet those nutritional superstars, omega-3 fatty acids. Research shows that the oils found in fish like tuna, sardines, and salmon play a role in easing depressive symptoms and lowering the risk of suicide. In fact, part of a 9-month study of bipolar disorder involved adding omega-3 fatty acids to patients’ diets. Only three months into the study, it was halted due to the smoothing of manic-depressive swings.

This isn’t a specific food but it is a specific combination. These two vitamins, when consumed together, have been found to reduce the incidence of dementias, disorders of the central nervous system, and mood disorders. For folic acid (folate), you might try spinach, beans, cereals, rice, and pasta. In terms of B12, think lean beef, eggs, poultry, milk/milk products, and seafood. In addition, some vegetarian or vegan options are fortified with B12. Read those labels carefully!

The secret to their mood-improving properties lies in a mineral called selenium. Individuals low in this mineral have been found to present with higher rates of fatigue, anxiety, irritability, and depression. All you need is three of these tasty nuts to get a day’s worth of selenium. Dense and chewy, Brazil nuts make for an ideal mid-day snack

Making its second appearance on this list (previously mentioned for its folic acid content), spinach will also help chase away the blues thanks to all the other B vitamins it packs. Besides folate, this leafy green contains B3, B6, and B12 (see #4). Another strong option for a B vitamin bonanza is broccoli.

How amazing is water? It’s clear and has no taste yet most of us down it non-stop — whether cold, room temperature or boiled (for tea, coffee, etc.). It even makes it way onto a blues-busting “food” list! A 2015 study discovered a direct correlation between water consumption and good mood. As water intake increased, mental issues like confusion, tension, and depression decreased. The “how much water?” debate remains unsettled but the classic eight glasses a day mantra is a good start. Keep in mind that most fluids can count towards that total. Besides the aforementioned tea and coffee, there are also soups, juices, milk, and even the high water content in the fruits and vegetables you consume that can serve as food for thought!

So, food for thought is more than metaphorical. It’s gratifying to know that eating the right foods is not only good for us physically, it has great effects on our brain too.

Food Affects Your Mood: 7 Foods That Can Help Chase Away the Blues, Mood boosting foods